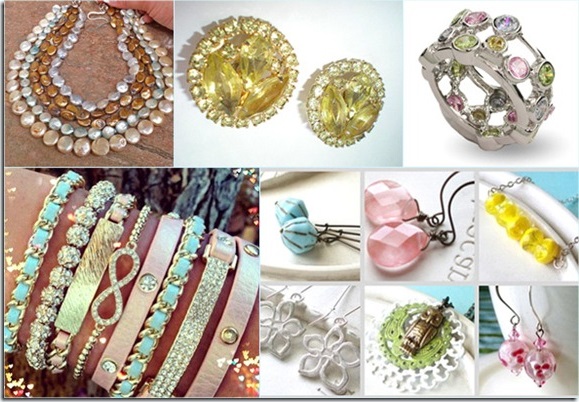 The first jewelry show of 2005, held January 16 to 23 in Vicenza, Italy is seen as the jewelry trend setter for the entire year. This show usually predicts the sales season as the mood at this show has often been an indication of how the rest of the year will develop.

Italian jewelry was much in demand.

Foreign countries were well represented by visitors from Turkey, Eastern Europe and China.

In total, there were 21,000 visitors at the show. Compared to last year’s attendance numbers, U.S. buyers dropped by 2 percent. At this year’s show, the U.S. represented 7 percent of the total foreign presence, Japan only up 5 percent and Turkey up 33.6 percent.

In addition to business opportunities, Vicenzaoro 1 2005 featured numerous events and conferences covering the new challenges in the diamond industry, how to protect designs and trademark, future trends, new technologies in gold workmanship and pricing in the precious metals and stones sector.

The trends showcased for this year are light woven mesh and gold ropes which are intertwined extensively with the use of boules and mesh chains and large hoops in three colors of gold — white, yellow and pink.

Diamonds embedded in white gold are the more sophisticated jewels, and feature light twisted ribbons and metal threads or create precious motifs alongside colored stones cut in different shapes. This style is often combined onto large rings with modular parts, such as the rings in the “rose bouquet” collection of La Nouvelle Bague. The latter also display a frequent theme that is present on various jewels: spirals.

In contrast to sparkling shapes and motifs, the clean geometric shape is often featured in gems of unprecedented shapes. In the “Athena” bracelet by Talento, a large, asymmetrical amethyst is placed in the center and studded with white diamonds.

Pendants and lucky “charms” have maintained their popularity; they are freely applied in necklaces and bracelets and often complemented by diamond pavé.

Long earrings with pear-shaped stones are very trendy this winter as well as earrings with tiny satin-finished yellow gold parts with embedded diamonds.

Two-tone or tricolor gold’s popularity continues in numerous pieces, including those with a modern, geometric clean look, such as the ring by Collezione Privata that uses diamonds to highlight the movement of its asymmetrical plates.

Nature themes are front and center this season,with floral patterns, leaves and various flowers, alternating shiny yellow and processed gold. Flowers are also covered with luxurious diamond pavé and colored gemstones. The best example is the set of “Four Hearts,” “Daisy” and “Gerbera” rings by Palmiero in white or yellow gold with diamonds and various shades of sapphire.

Fancy colored diamonds in cognac, yellow and pink are popular. However, black diamonds, which were very popular the last few years, are now in much less demand.

Ethnic styles are back, bangles and slave bracelets are back in style. These bracelets are made of hollow cane or by electroform so that they appear large, but are very light.